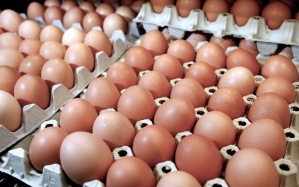 My fascination with food came at an early age. I loved food, I loved to see how it grows, I loved to be included in foraging trips with the adults, I loved learning the basics of gardening on my grandparents allotment, I loved being present when others were cooking, helping out with preparing dishes, but most of all I loved eating! I can categorically conclude that my early fascination with food came predominantly from the angle of consumption. I was always hungry. This hunger drove me to obsess over food, and when I obsessed, I devoured my beloved food of choice until it made me ill. My family had to impose rules and domestic sanctions on certain foods, for example the only way to contain my single minded attraction to eggs was to enforce a house law whereby eggs were only to be eaten on Tuesdays. For a while this law appeared to function well, I accepted that there were reasons beyond my knowledge or control that determined that eggs were only to be consumed on Tuesdays and I happily got on with life, whilst unbeknown to me, my family consumed their eggs in the toilet or on the balcony, away from the egg-hungry reach of a 5-year old. One fine day, however, I stumbled upon my mother standing at the kitchen counter, hurriedly devouring an egg – all that mattered was her face riddled with guilt and that it was NOT “Egg Tuesday”! The illusion was shattered, I no longer had to take on board anything that was impressed upon me by my elders, especially not when it pertained to food. Subsequently my childhood and adolescence turned into a sequential cascade of food related illnesses and cases of food poisoning derived overeating (you guessed it) eggs!, mushrooms, prawns, lobster, to name but a few.

Despite my family’s enormous efforts to protect me from over eating, to this day, there are a number of foods, old loves, that I still cannot consume for the mere thought of them make me recoil, a mixture of memories and biological reactions that have lodged a reflex mechanism in my brain. However, I still cannot say that I have finally grasped the concept of portioning. Even if it may have become clearer in terms of how much I can consume in one sitting, I still seem to make enough for six people when I am cooking for two. In itself, this does not present an problem as the excess can be refrigerated or frozen, I feel portioning is still a mystery, as can be planning and managing a weekly menu.

These personal stories have always been a good laugh and a source of light entertainment at many dinners and social gatherings, yet, I feel there is a sense of allegory about them. The child —  the individual —  who in relation to food, revelled in indulgence where the concept of portion was synonymous to sin, and the family —  the state —  who aimed to protect, define safe boundaries, educate, set norms that prevented form harm, but failed at times due to their own inherently human nature.

Despite the description of my younger self as a voracious little creature, I also learnt at a young age that food to many was not indulgence but sustenance, and a form of sustenance that could easily be denied or prove to be unavailable. My grandfather, a military man, whom I spend most of my summers with taught me to eat everything that I was served and if I could not eat it, then to keep it and eat it during my next meal. The medicinal qualities of food were revealed to me through a sequence of various ‘unchallengable’ mealtime recommendations, that had to be carried out in full complaisance to maintain good health, as my grandfather put it.  I ate whole raw garlic cloves every lunchtime so that I would not be so sickly, for my grandfather mistook my allergic reaction to damp for general susceptibility to colds and poor health. To make me feel at ease and part of the ‘club’, however, he would always eat one with me and thus certain habits were born, and in time these habits became norms.

Perhaps, the most significant memory that has influenced my relationship to food and strong drive to eliminate as much household waste a possible was that my grandparents made sure I never threw away any bread, an understanding they grew up with during the time of the ration. During the post war period in Soviet Russia food was heavily rationed and very scarce, people queued for hours to get a miniature loaf of bread that was to last them a week. My grandmother was a young aspiring bio-chemist studying for her PhD. Her work, pioneering at the time, lead her to discover a formula for bread production that significantly delayed the time it took for it to become stale. Applied on a mass scale for batch production, this was a tremendous leap in the quality of bread production for the rations that fed the nation. My grandmother’s – Irina Ganzurova –  published work “A method of production of wheat starch and gluten”  (Способ производства пшеничного крахмала и клейковины) was used through numerous Soviet republic at the time as well as abroad, mainly in the Middle East.

These recollections of how certain habits have gradually become part of my food culture and the overlap between food and science leads me to the topic of our next collaborative dinner: what exactly is a portion, who sets it and on what terms is it to be considered? Does one conceptualise portion in terms of what one is given, in terms of what ones body needs to sustain itself or in terms of how much one can take. What are the health implications of portioning and can thinking of portioning in a more considered manner enable us to strain resources less?

Food is simultaneously art, science and instinct, it asks for an acute understanding of our body and of our environment, whilst also allowing for unparalleled invention. There are endless recipes, restaurants, blogs, diet variations, but some key concepts have endured over the ages. Elements of diets can be traced back to patterns of fasting for religious reasons, and these in turn follow on from pagan traditions where the consumption of food followed natural cycles dictated by the land. We live in a time where many in the West talk about food shortages and the lack of adequate sustenance for many people, especially those living in the developing counties. However, every day we produce more than enough food to feed the entire planet! Sadly, this production is not evenly distributed, leaving a large part of the world hungry and, quite literally, tons of food going to waste elsewhere. Certain government enforced food regulations, legislated as part of insurance schemes and legal protection for both producers and consumers, strongly hinder the possibilities of food re-distribution, wherein food waste cannot be fed to our livestock (in the EU) and a non-registered distributors cannot simply give excess food to a homeless shelter.

Lately Supply and demand and the strain on the environment of over production of certain food types, particularly in the West, has been a hot topic of discussion. The target is meat farming. Meat farming is seen as a enormous threat to the world as it a great contributor to global warming and requires the use of 1/3 of farmed land on the Earth’s surface to produce animal feed.  Numerous environmental groups and businesses working on creating meat replacement food types would like to eradicate meat farming all together. An interesting element that is coming out of this is eating insects, or entomophagy. Entomophagy is by no means a novel concept and is something that has been part of many cultures historically, particularly in Asia and Africa. They are many benefit to entomophagy such as a decreased risk of animal-human disease transmission, it is also 10 times more efficient to produce insects than beef and for now it is sustainable, can feed an increasingly hungry world population and not create masses of excess food waste.

“Global bodies including the World Health Organisation and the UN Food & Agriculture Organisation are proponents of entomophagy for its potential in feeding a growing global population with as much protein as conventional meat but with less energy and less stress on land. An added benefit of needing less pesticides, as a result of eating more insects, has also been put forward.” (source: Sustain RCA Show, LONDONREMADE on September 19, 2013)

Although many of us may agree that we need to change or alter our diets due to environmental issues we have caused; the key issue in Western cultures is acceptance – we are simply freaked out by the idea of eating insects! Another potential issue is that harvesting or foraging for insects may prove tricky in some western countries, not least from the seasonal supply side but also from lack of know-how. Recent innovative projects that look at potential for insect farming and insect consumption in ways that are more palatable and appear acceptable to a Western society are: ENTO —  a concept that was started as a student project at the Royal College of Art and grew into collaborations with Grey Goose Vodka and some of London’s top chefs, Farm 432 a larvae breeding project by designer Katharina Unger and éntomo by Dublin based designer Lara Hanlon —  a recipe and online platform for education and purchase of insects that can be used as cooking ingredients and encourages learning about insects as a sustainable, healthy and palatable food source. ENTO directs its efforts particularly at acceptability, looking to branding, packaging and presentation as ways to assimilate insect eating into Western Culture, whilst Farm 432 is design for a domestic scale appliance that acts as an incubator for the production of edible larvae, enabling consumers to grow their own protein source instead of having to rely on what is now largely deemed as dysfunctional meat production. All these projects claim to be progressive, sustainable and stimulating but is it really something that can come to be accepted in Western culture? Can we make people see or believe that insects are a great and tasty variety of food and encourage the culture of insect consumption and breeding?